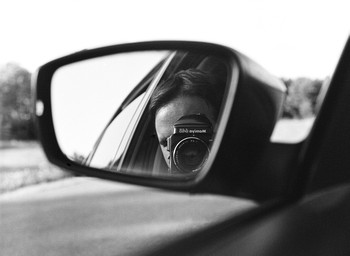 Like many others, my love for photography started way back.  Yes, my father gave me his camera and I was shooting photos right away.  I actually like some of my early work :)  I remember going to Yellowstone Park and watching old faithful erupt.  I took my whole roll (kodak disc camera) before it even started!  Don't worry, my timing is much better these days.

Later I studied photography at the Art Institute of Pittsburgh. I went on to photograph professionally for state government, in West Virginia. I was the personal photographer to the Attorney General. In this position I photographed the daily activities of the Attorney General, the House of Representatives, and also did a few shoots with the Governor.
After the legislative session was over I decided to move to NY state to be closer to family and to start my photography business. I started my business, Orbital Imaging, which was founded in 2001. I did printing, a lot of film scanning at that time, and digital image editing/ retouching. However I wanted to get out of the digital darkroom and start shooting more. I was awarded a contract with one of the youth baseball tournament camps in the NY area. At the peak of the business I had six employees and photographers, on-site printing of all images, 25 viewing computer stations, and pro DSLR professional equipment. I was very happy with this, but the toll of the sheer volume of work was starting to affect me. We photographed and uploaded around 350 games a week for the entire summer for years! I decided to concentrate on a more creative outlet for my photography.
The move to wedding photography felt natural. And with my photojournalism background from the State, felt very comfortable. I love that each wedding is different and brings with it new challenges and new opportunities for creative expression. Soon after the transformation, I was shooting events, portraiture, freelance news, table-top products, and restaurants. However story telling through photography is my biggest passion and I feel that is why wedding imagery is my favorite.

I photograph daily. I am in love with the art form. I can't imagine doing anything else!